The Reserve Bank of India in its bi-monthly monetary policy meet which was held today came out with an announcement that there is no cut rate in the Repo Rate. Yes, that’s right.! The repo rates under the liquidity adjustment facility (LAF) will remain unchanged at 6.25%, hence maintaining its status quo on the key policy rates which would further spare your financial portfolio from any volatility. Consequently, the reverse repo rate under the LAF remains at 6%. However, the six member Monetary Policy Committee (MPC), headed by Governor Urjit Patel cuts the Statutory Liquidity Ratio (SLR) by 50 bps to 20%, effective 24 June.

Repo Rate is the rate at which the banks borrow the money from the Central Bank. But  according to a recent report, if the growth and inflation will rise, RBI may move towards tightening the policy rates with a cumulative of 50 bps repo rate hike in 2018,starting from April.

Well, if experts are to be believed, the primary reasons behind keeping the Repo Rate unchanged could be Inflation, Implementation of GST and Occurrence of EI Nino. Experts believe that the inflation has been under control for long and is likely to remain so on the back of good monsoon and unlikely spike in oil prices. Talking about the latest retail inflation number, it is not so worrisome for the Central Bank as it has been below the psychological level of 3%, i.e. 2.99%. RBI has chosen to wait for the aftermath post implementation of GST and will keep an eye on the impact of the new indirect tax regime from all quarters. How the economy will be affected post GST and what would be the impact on prices will be closely tracked and watched. However, by the next policy meet which will take place in August, 2017, there will be a clear picture on this.

Well with no change in key rates, it would not be wrong to say that it is a win-win situation for all the home loan borrowers.  Yes, the lenders have already started to pass on the benefits of low cost of funds to the end consumers by lowering their home loan interest rates linked to bank’s Marginal Cost of Lending Rates (MCLR).

After following the footprints of State Bank of India (SBI), other renowned lenders such as HDFC, ICICI and LIC Housing Finance have also reduced their home loan interest rates, currently making it to 8.35%-8.40% per annum.

If we talk about the existing home loan borrowers, those whose loans are already linked with bank’s MCLR will not reap the much benefits. In order to enjoy the benefits of reduced rates, such borrowers have to wait till next reset date. While on the other hand, borrowers whose home loan is still linked to the base rate and still have few years to repay the loan, for instance 5 years, are more likely to get the benefits of lower interest rates by switching their existing home loan to MCLR.

For first time home buyers, the latest RBI monetary policy has a lot more in the store as they can expect the reduction in their EMIs because RBI maintaining the status quo on the rates can further lower the high value home loan interest rates. Yes, high value home loan may get cheaper because RBI reducing the risk weightage on home loans above ₹75 lakh to 50 per cent. If we talk more about this, the LTV ratio slab of up to 80% has been introduced with a risk weightage of 35% for loans between ₹30 Lakh and ₹75 Lakh.

Not only this, RBI in its policy statement on Wednesday also said that after considering the importance of the housing sector and its backward and forward linkage to the economy it has been decided to reduce the risk weight on certain categories by also reducing the standard asset provisioning on such loans.

Well, one thing that needs to be mentioned here is the fact that those who are interested in buying their dream home, it would be better for them to wait for some time as the home loan interest rates are expected to reduce further.

SBI vs HDFC: A Comprehensive Comparison of Fixed Deposits 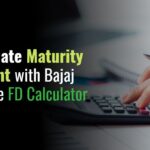