About Jammu and Kashmir Bank

Jammu and Kashmir is one of the banks which has been formed before the Independence. It was set up in the year 1938 and became operational in the year 1939. It is one of the banks that was called as the Semi- government bank as it was established with the capital money contributed by the government and people who were under the control of the government. It is one of the banks that faced the consequence of the partition. It incurred a huge financial loss as the two out of ten branches was on the other side of Kashmir. The bank was set up under the letter patent issued by Maharaja Hari Singh. He called out people to invest in the bank and become the shareholder of it. The aim to open the bank was to provide the financial aid and quality products and services to the people of the state of Jammu and Kashmir.

The bank has now opened several branches in the entire country. It is one of the growing banks of India. The aim to provide the international quality of product and services to the people of Jammu and Kashmir is the priority. Whereas it wants to become the super specialist bank for other parts of the country. The bank wants to capitalize on the growth and catalyze the economic transformation.

Address of  Jammu and Kashmir Bank Branches in Indore

Products Offered by Jammu and Kashmir Bank in Indore

There are several and wide ranges of products that are offered by the Jammu and Kashmir bank. It is one of the banks which offers all type of loan products including the home loan, personal loan, car loan, education loan and loan against property. There are other products and services that are given by the bank to fulfill the financial solution for the customer. The other services include the insurance, mutual funds, and deposit. The bank is active in the retail banking as well as corporate banking.

The documents required for the Jammu and Kashmir Bank Indore are mentioned in the table below: 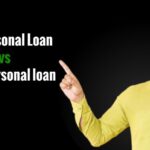 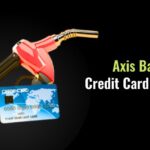